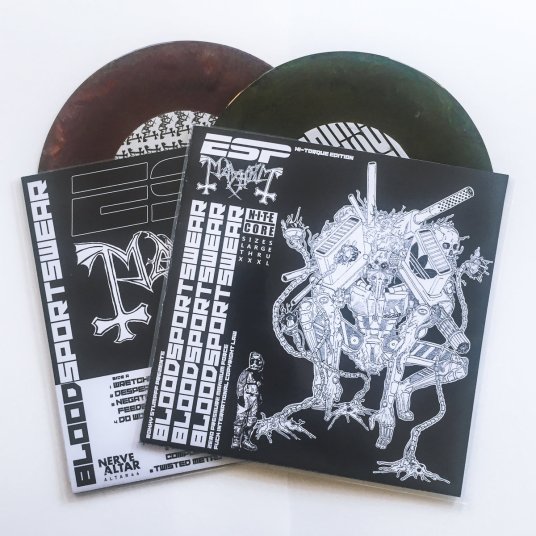 Flyer says it all! Cracker line-up! Big thanks to GRINDFATHER for releasing this!

Check out this mad whirlwind compilation from SEPTIK BRAIN featuring HOLY BONER and a delightful selection of noisecore & noisy grind from around the world!

We’re all super duper excited about THE BORKENLAYNE – a super duper alliance of intercontinental gore friendship!!!!
Check out/buy the album on RADICAL BLARGHST!!!! – https://radicalblarghst.bandcamp.com/album/pain-is-the-fearminder
Come to the shows 13th, 15th and 21st of July for some serious doses of BRUTALITY!!!!

CLOGGED finally did a new recording! Thanks to INTERNAL ROT cancelling at the last minute we took their spot and recorded 20 songs at Goatsound last weekend, including a soon-to-be-infamous CRADLE OF FILTH cover!
The tracks will be split into a few releases:
– SOUNDS LIKE SHIT compilation on GRINDFATHER
– THIS IS MORTICIANWAVE VOL. 1 compilation on RADICAL BLARGHST
– and a full EP

Stay tuned for info on these things!

Big cheers to Yunis Tmeizeh for the pics above, and thanks to Flid and the hosts for hosting a sweet gig!

I'm recording this today, I bet it sounds the business. #drums #drummer #goatsound

After some initial uploading tech problems I finally got DUCT on to Soundcloud for streaming/download for those with an aversion to bandcamp or whatever. Maybe in another 6 months or so I’ll put it on youtube…?

Cool! Thanks Jacek/Grindfather for asking us to be on this. Should be out in about 3 months or something, apparently….!

Second release in the “SOUVENIRS FROM THE PARALLEL UNIVERSES” series of audio recordings and physical souvenirs gathered from the other side of nearby wormholes.

Thanks to Mutsumi Nozaki & Peter Fifer for their help.